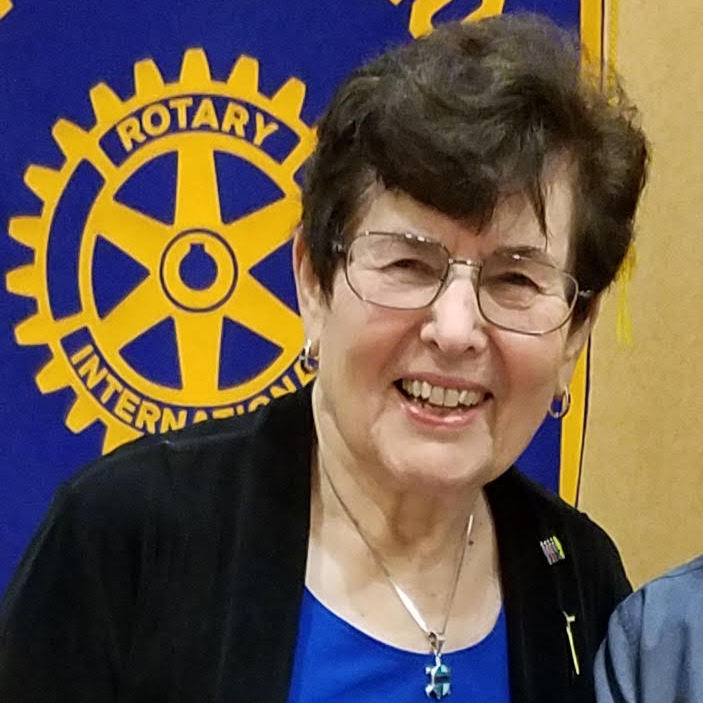 Dr. Rahla Hall Frohlich is first, a Rotarian — twice president of the Rotary Club of Glendale (1997-1998 and 2006-2007), active in the workings of District 5260, including as the District 5260 Group Study Exchange Chair and now Future Leader Scholarship Award Chair of District 5280. She lives in La Canada Flintridge with her Rotary partner, PDG Drew Frohlich.

Rahla is retired from the faculty of the University of Southern California’s School of Policy, Planning and Development, where she taught Urban Studies for countless years. She is a confirmed Los Angeles nut and leads walking tours of interesting neighborhoods.

Her other professional experience includes two and a half years as Vice President of AFS International/Intercultural Programs, headquartered in New York City, as Executive Director/CEO of the YWCA of Glendale, California, and as Administrator of Broadview, a church-related nursing facility in Los Angeles.

In her “spare time,” she is an active participant in the Glendale library’s Grandparent Reading Program, a program which originated with the Rotary Club of Glendale’s Los Venerables committee. This is her twentieth year at R.D. White Elementary School, Glendale, reading weekly to second graders. She is active with the Verdugo Hills Council of the Boy Scouts of America (she was council president 2010 and 2011) and gives time, energy and prayer to her church.

Her firm, R.Hall and Associates, consults with nonprofit organizations in the fields of communication and management. She is certified to lead ethics workshops in conjunction with the Institute for Global Ethics. She is also an arbitrator with the Los Angeles County Bar Association and the Glendale Bar Association.

Between them, Drew and Rahla have five children and six grandchildren in six states. Rahla also has three exchange student children (Colombia, Germany and Austria) and six international grandchildren. And from her 12 year marriage to Tom Lindsey 3 children & 8 grandchildren.