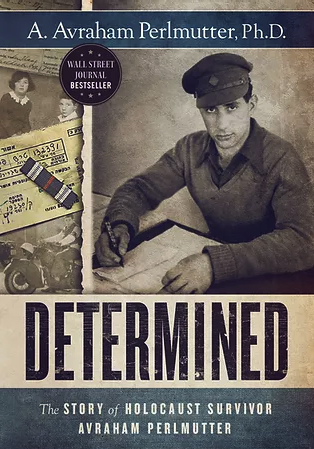 Keren Perlmutter is an award-winning scientist, publisher, public speaker, and filmmaker. She is the producer, director, writer, and editor of “Determined: The Story of Holocaust Survivor Avraham Perlmutter.” She obtained her Ph.D. in Electrical Engineering from Stanford University and was chief scientist and head of an international research and development division at AOL. She also developed the revolutionary “Ultra-Resolution” film restoration process for Warner Bros. Keren is a published author of many technical papers and has won numerous academic awards. She has been granted 39 patents for her inventions. She edited and published her father’s bestselling autobiography in English and Dutch. She continues to share her father’s story by speaking at museums, schools, and other venues.